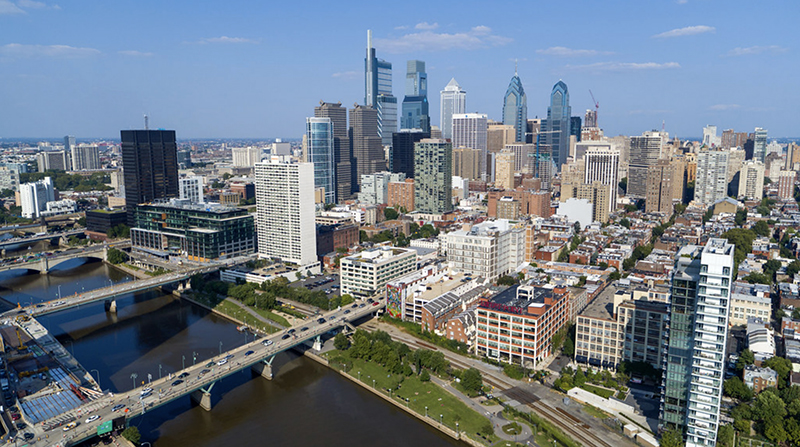 Penn's campus occupies ~270 acres in the West Philadelphia neighborhood known as University City, just across the Schuylkill River from the center of one of America's most historic, cultural and livable cities. Easily accessible by affordable public transportation are such exciting places as Fairmount Park, Independence Mall, and Penn's Landing. Fairmount Park, whose 9200 acres make it the largest urban park system in the nation, is a popular site for sporting events such as a world-class Annual Bike Race, the Philadelphia Marathon, and rowing regattas on the Schuylkill River. Penn's own crew team is based along the famous and architecturally beautiful Boathouse Row. The Mann Music Center, an outdoor concert arena, and the Philadelphia Zoo are a short drive away in the Park. Philadelphia’s appeal doesn’t end there. We have world famous museums including the Philadelphia Museum of Art, Pennsylvania Academy of the Fine Arts, Barnes Foundation, Franklin Institute, Rodin Museum, Penn Anthropology Museum, and Mütter Museum. Downtown you can find the famous historic district complete with the new Constitution Center, as well as the centrally located Avenue of the Arts, home to several concert halls including the Academy of Music, the Curtis School of Music, the Kimmel Center, and the Merriam Theater.

Philadelphia has great shopping, restaurants, and night clubs that can be found throughout the city and in particular around Rittenhouse Square, Old City, and bustling South Street. Loyal sports fans who are always willing to cheer for the Eagles, Phillies, 76ers and Flyers, also have a presence in the city.

Philadelphia has something for everyone, from the Liberty Bell to the oldest zoo in the country. In all, it provides many exciting opportunities to explore the historical beginnings of our country and the cultural and culinary delights of a thriving and exuberant metropolis.