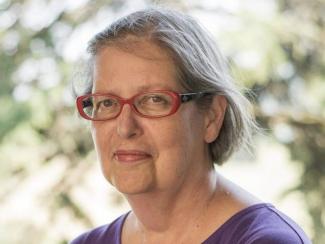 Leslie Shinn, longtime undergraduate biochemistry and Vagelos life sciences program coordinator in the School of Arts and Sciences at the University of Pennsylvania, died unexpectedly on August 29. She was 67.

Ms. Shinn was born in Des Moines, Iowa. She received her MFA in creative writing from Warren Wilson College. She joined the staff at Penn in 1980 in the School of Engineering’s budget and administration department as a secretary, leaving in 1981 and returning again in 1997, this time to the chemistry department in the School of Arts and Sciences. She began as a secretary and moved up to an assistant, and then in 2005 to coordinator of the undergraduate biochemistry program and Vagelos life sciences program. She remained in that position for the remainder of her career.

Ms. Shinn’s poetry collection Inside Spiders was the winner of the 2013 Lexi Rudnitsky First Book Prize in Poetry (Almanac July 16, 2013).

She is survived by her children, Hart and Lily.

https://www.thedp.com/article/2020/09/vagelos-biochem-coordinator-memorial
© 2021 The Trustees of the University of Pennsylvania
Penn Weblogin